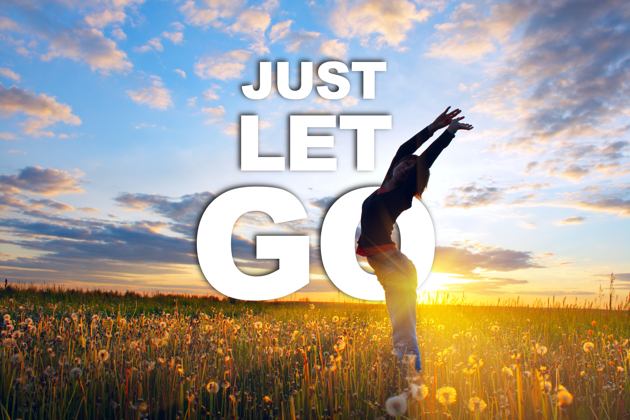 Within the Yoga Sutra, Patanjali lays out a series of ethical and moral codes otherwise known as the Yamas and the Niyamas.  The Yamas are comprised of five moral disciplines, the Niyamas by five personal observances.  These ten guidelines have been very helpful in trying to maintain a yogic lifestyle off of my mat.  I recommend anyone/everyone to take time at some point to read and contemplate the first two limbs of Patanjali’s 8 limb path.  I have attached a few links at the bottom to get you started if you are interested.

With that said there is one Yama I want to reflect on. , also interpreted as non-possessiveness, non-attachment, and non-greed.  I’ve spent the last six months traveling across the country and around every corner of every turn Aparigraha has been waiting.  Winking at me with that telling smirk.  I know what she's thinking…or at least I think I do.  LET IT GO!  YOU’RE BOGGED DOWN WITH ALL THAT BAGGAGE!  I use that phrase figuratively but also literally because the last train I boarded I fell up the stairs under the weight of my stuffed suitcase and duffle bag.  This time, Aparigraha was at the top of the stairs laughing uncontrollably.  Fair enough, I deserved it.  I’m still trying to figure out how to downsize my luggage.

At this point, I want to explain that non-attachment does not exclusively deal with material possessions.  It can also encapsulate people, places, and outcomes.  My first lesson with Aparigraha was six months ago when I decided to leave my beloved friends and family in my hometown of Fort Wayne Indiana.  I was born and raised in this Midwest city and it had been my only home for twenty-six years. And yet, something inside of me was urging me to move outward and beyond.  It was a terribly difficult decision to make.  I was unsure and afraid.  For a long while, my mind made up excuses as to why I shouldn’t leave.  Fortunately, I have very supportive friends and family that encouraged me to follow my deeper needs.  Without them, I don’t know if I could have made the decision on my own.  So with new courage and intent, I set off to Northern Michigan leaving my attachment of Fort Wayne behind.  Because of that decision, I had the most exciting and fulfilling summer of my life.

My time at Song of the Morning came with its own lessons of Aparigraha.  First came the stress of managing the organic garden and expectations of a bountiful harvest.  I would incessantly worry that nothing would grow and I would have nothing to show for my new quest.  Finally, after an eye-opening discussion about the meaning of Karma Yoga, did I realize that my efforts alone were what mattered and not the outcome.  Chapter 2, Verse 47 of the Bhagavad Gita has been translated into these words by Swami Mukundananda “You have a right to perform your prescribed duties, but you are not entitled to the fruits of your actions. Never consider yourself to be the cause of the results of your activities, nor be attached to inaction.”  At that moment I decided to let go my attachment of outcome and focus instead on the action of my labors.  Nature works mysteriously and without much help from the human race.  I put the seeds in the ground, made sure they had adequate water and showered them with unconditional love.  To my joy, without the burden of my worrying, the garden grew large and abundant, feeding many mouths.

Something else happened during my time at SOM.  I fell into the warm embrace of romance.  So very unexpected and decidedly unwanted.  I did not embark on this new journey to fall in love.  It was not a part of my plan and I did a fairly good job at avoiding it for some time.  However, sometimes you must follow your heart!  So my summer romance continued into the fall when I journeyed to Minnesota with my dear friend.  We planned to stay a couple weeks in his home state while we figured out our next course of action.  As fate would have it, our paths were separating. I wanted to continue my travels and he was looking to pursue a profession in athletics. Unfortunately, we couldn’t devise a plan that included the two of us together.  Thus came my lesson on human attachment. We had to let the other go so we could pursue our individual goals.  I have formed a solid vision of what I want to learn and experience, and for my self-development, I had to choose a solitary path.  It was an extremely heartfelt goodbye at the Saint Paul Union Depot.  Tears were wept, and gifts exchanged.  I won’t forget that moment or any other moments shared by the two of us. Maybe our paths will cross again, maybe they won’t.  Regardless, I am eternally grateful for our continued friendship and I feel content with our decision for continued self-exploration and development.

Now here I am in Trout Lake Washington!  It has been over a month since I first arrived.  Transitions are difficult, this has been no exception.  The scenery is breathtaking while the weather is sleep-inducing.  Lots of rain has fallen this month and I find it hard to wake up most mornings.  This has been an opportune time to dive into my yoga and meditation practice which I find solace.  So I attempt to rise an hour earlier than needed to sneak in pranayama followed by a period of meditation and then sacred chanting.  Some mornings I’m awake and ready, other mornings I can’t open an eyelid and succumb to the snooze button.  Asana practice comes later after I’ve fed the animals and made my way to the common area.  Luckily, the two other residents here are big fans of stretching!  So when we have time, we stretch before breakfast.  I am very thankful to share some of my knowledge with them.  I even had the opportunity to teach them a sacred Sanskrit prayer I learned over the summer.  It was the first time I opened myself to that type of sharing and it felt like a huge milestone.

I’ve found my most restricting attachment has been that of comfort.  As humans, we naturally seek that which is comfortable.  However, when we choose comfort, we sacrifice growth.  Alan Alda has said, “You have to leave the city of your comfort and go into the wilderness of your intuition.  What you’ll discover will be wonderful.  What you’ll discover is yourself.”  These words resonate deeply with me as I sit on the upper level of this hand-built house looking through the evergreens on to Mt. Adams.  What a journey it has been.  I am 2,227 miles from ‘home’ yet my spirit has traveled even farther.  So much growth has occurred since I have arrived here, and consequently much discomfort.  There were times I sat in my small cold loft wondering why the hell I came here.  With each emotional/mental breakdown, I would revisit my intentions.  This helped remind me I did not come on vacation, I came to expand.  The expansion comes with growing pains.  But I wake up each day feeling stronger and more equipped to further pursue my goals.  One step at a time I find myself closer to a better Audrey, a better friend, a better stranger, a better daughter, a better sister, a better collaborator, a better creator, a better student, and a better teacher.  I feel extremely grateful to be on this path.

"Kelly’s Monday Meditation and Yin class are the perfect way to kick off the week. Monday “back to work” days are at times stressful and by starting the class with a meditation we slow down and tune out the day’s work. Yin is a wonderful way to connect with your body and close your mind to the outside world for an hour. Kelly’s classes are structured to focus on one area of the body and work on that area for one month to reap the benefits of the repetition of the poses. She incorporates these poses into her daily routine prior to introducing the poses to the class to ensure that we will receive the benefits and have a comfort level with the poses. Kelly has a way of making everyone feel at ease with a positive attitude along with a few giggles. "

Want to get the latest information from Powers of One? Sign up for our newsletter!